This page talks about theories, but not the kind of theories that you can see in modern YouTube videos. All of these theories are backed by facts, but there is no definitive proof that they are true (unless stated otherwise).

It is actually possible that Cheat Mode was left accessible in the games intentionally.

Jak and Daxter: The Precursor Legacy

It is possible that the devs planned more areas for this game. We do not know if they ever made any levels that can not be found in the retail version of the game (apart from "halfpipe").

It is hinted that at one point in development, you had to fight the Baron at Weapons Factory instead of Krew.

It is likely that there was going to be some kind of music for the Gun Course of Jak II.

The Weapons Factory either has no music or plays the music of the Palace, depending on how you reach it. However, it is likely that when it plays no music, it was originally supposed to play the unused alert music of Palace/Weapons Factory/Mar's Tomb. 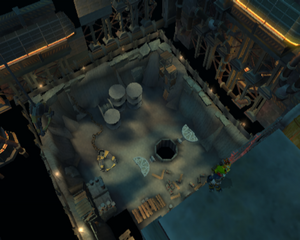 Jak standing on solid ground, far from the intended playing area of the level.

The Construction Site is a very unimportant area in Jak II, but some things are hinting that the devs had more plans for this level.

It is likely that the developers wanted to have KG robots in the city at some point in development. 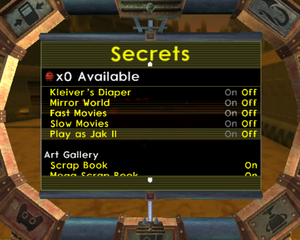 The Play as Jak II Secret in the Jak 3 Preview.

Confirmed, see the Jak 3 (September 2004 Preview), which indeed has this in the Secrets menu.
This theory is about a supposedly removed option from the Secrets menu, specifically one that would have allowed you to play as Jak from Jak II. 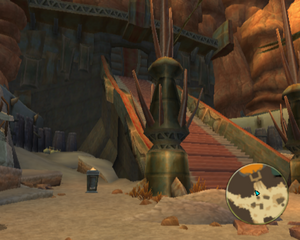 The stairs leading to Spargus Arena in Jak 3 (Earlier Demo).

There are weak hints that might mean that development of Jak X: Combat Racing started before Jak 3 was finished.

Retrieved from "https://jadtech.miraheze.org/w/index.php?title=Advanced_Theories&oldid=3015"
Categories:
Cookies help us deliver our services. By using our services, you agree to our use of cookies.